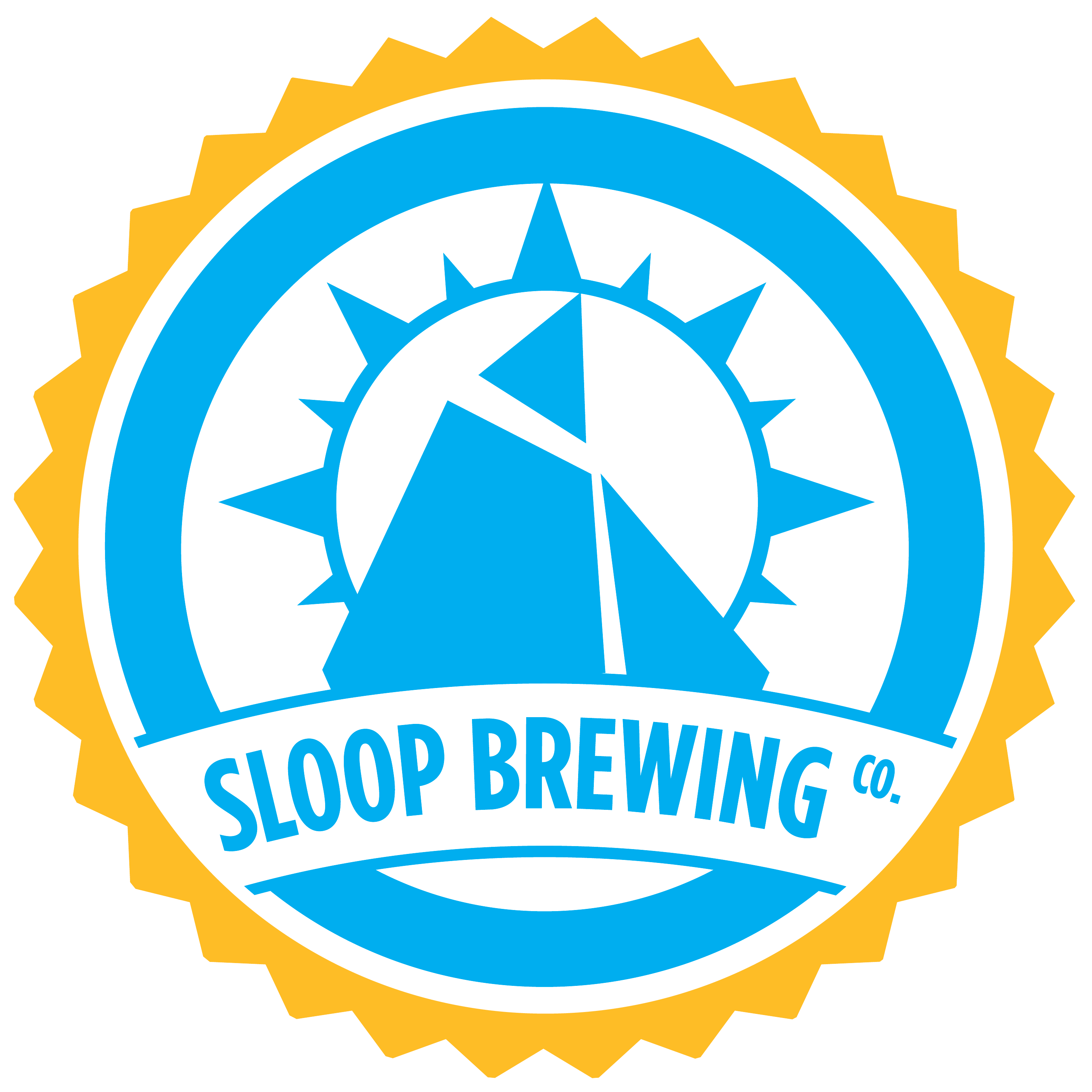 Sloop Brewing Co. was founded in December, 2011, by Adam Watson and Justin Taylor, two friends who met at college and bonded over their love for good beer. After college, Adam and Justin took this love for beer one step further and started brewing together.

Living in Beacon, NY, Adam and his wife, Amy, would visit the local farmers’ market every Sunday. On a whim, Adam asked the market manager if he could start selling the beer he was brewing with Justin. The manager told him he probably needed some sort of license for that sort of thing.

Six months later, after retrofitting Justin’s garage into a nanobrewery and acquiring all the proper licensing, Sloop Brewing Co. was born and began selling their Red C and their Old World Pale Ale in Beacon every Sunday.

For the next three years, Adam and Justin balanced their day jobs, their growing families, and their passion for brewing. Justin focused on brewing. Adam managed sales, deliveries, and the business side of the brewery. All profits went back into Sloop, as they slowly expanded from farmers’ market to farmers’ market, and eventually into restaurants, bars, and craft beer stores. With the humbling support of the Hudson Valley community, retailers, and local breweries, Sloop has been able to grow and raise the necessary capital to finance their expansion into a full-scale microbrewery.

Partnering with Vosburgh Orchards, a working apple orchard in Elizaville, NY, Sloop’s new brewery is opening in an early 19th century barn set on acres of rolling hills. The farm provides not only a physical space for the brewery, but the opportunity to begin growing many of the raw ingredients necessary to brew Sloop beers, strengthening the farm-to-table circle and grounding the brewery in the upstate New York community and economy.

Grounded in the craft and tradition of brewing but always searching for innovative ways to improve old recipes and create interesting taste experiences, at Vosburgh, Sloop has found the perfect environment to set their roots and grow into what lies ahead.